There are a whole boatload of articles on the Internet about the home renovations that offer the best return on your hard-earned cash, but not so many about the ones that are literally just black holes that suck said cash out of your pocket and never, ever tell you where it went.

That changes today. Everybody talks about the good, let’s talk about the bad and the ugly!

First and Foremost: Personalization Has Limits

When you bought your house, there were probably some very specific things about it that you promised yourself you’d change as soon as possible. From dated light fixtures to unbearably pink carpet, there’s always something. Hold on to that thought for a moment.

Now, pretend that you’re the person looking at this same house after you pulled out the pink carpet and changed those fixtures. Is this a house that now has wide appeal, or does the fact that you hung floral wallpaper on the ceiling create a whole new level of problems?

Of course you want to make your house your own, but if you think you’ll be selling in the near future to relocate, upgrade or downsize, maybe don’t go too nuts. Keep in mind that most buyers will accept some level of personalization, provided you don’t push it. You don’t have to live in a bland cracker box, but there’s something between that and a 1970’s disco inferno.

Renovation Loss Leaders By the Numbers

It’s really important that you consider future owners when you go to the trouble to make a major upgrade to your home. But sometimes, even the most thoughtful and beautiful renovation can cost a lot more than it will ever be worth (and often, the most beautiful are the most susceptible to this).

It’s a good thing, then, that Remodeling Magazine has been tracking the average costs of the 21 most popular projects since 2002 and the value they retained at sale. If someone told you that adding eccentric details like green shag carpet can be a big punch to the checkbook, it probably wouldn’t shock you. But you might be surprised at these projects Remodeling Magazine turned up as the worst investments, based on national averages:

There isn’t a person in this country who hasn’t dreamed of a bathtub the size of a swimming pool, glass tile surfaces everywhere and a shower with five or six different shower heads. And although this will be an absolutely amazing experience while you own your home, you can’t take that stuff with you. It also won’t return anywhere near what you’ve invested in it.

If you’re thinking about a bathroom remodel, consider sticking to the midrange. They cost about $19,134 on average and return $13,422, or about 70 percent of your investment.

Despite the fact that a midrange minor kitchen remodel will return about 81 percent of its value, an upscale major remodel doesn’t even come close. This is probably because of budget-consuming components like new cabinets, new granite or marble slab counters, floor tile and high end appliances from manufacturers like Viking. Honestly, if you’ve done this kind of remodel, why are you even moving? Seems you’ve found your perfect house already.

Downgrading to a midrange master suite addition won’t help you get much more out of your dollar, it only changes the return from 48.3% to 56.6%. A new master suite is one of those things that you may find you use extensively, but shelling out hundreds of thousands of dollars for one may be a sign you’re not ready to give up on your existing home after all.

Generally speaking, outdoor-facing projects tend to return better because they increase the overall curb appeal of a home. And even though midrange wooden deck additions return 82.8% and midrange composite deck additions return 63.6%, the backyard patio is the single worst return on your home renovation dollars in 2018. This may be due, in part, to the fact that it adds nothing to curb appeal and is almost assumed to be the norm in most markets.

When It Comes to Home Renovation Projects, Think Small

The key to better returns on home renovation is to think small. Replace that ugly light fixture in your foyer, swap the vinyl flooring in your entry for tile. A home that is neat, clean and well-lit will always sell better than one that has something a bit quirky about it, no matter how much it cost to install.

Cindy Biskup
As a real estate professional with Keller Williams Southern Nevada, I bring knowledge of the City and the opportunities the community affords to both my real estate business and the Keller Williams office in Mesquite. Organization, attention to detail and excellent people skills are strengths that I bring to a client’s buying or selling experience.
Recent Posts

I would be happy to answer any questions. Contact me here. 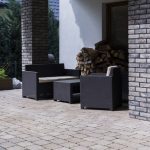