When it comes time to move from the old place to the new one, everyone could use a few handy moving hacks … even MacGyver.

Sometimes, there are things about moving that we don’t consider until it’s too late: duct tape, bubble wrap, etc.

We’ve got your back, so you’re ready when you’re hit with the unexpected. We’ve got a list of moving hacks here that would make even MacGyver say, “Hey! I never thought of that!”

Moving can be a headache, and no one likes it—but with a few good friends and a few handy tricks, you might make MacGyver proud.

Not only are snacks like Pringles and popcorn tasty, they can also come in seriously handy when it comes time to move.

Once you’ve polished off the chips, those Pringles cans are indispensable for packing up pens, pencils and the conglomeration of stuff in your “junk drawer.” These handy cans can hold a number of loose items that would otherwise end up rolling all over of the floor of your moving truck.

And when you run out of packing peanuts or bubble wrap, good ol’ fashioned popcorn—which is also dirt cheap—is a terrific substitute. Pop a few kernels and use it to fill up the empty space in your boxes of fragile items.

When you’re carrying stuff down to your truck, going in and out of the house, few things are as annoying as having the door slam on you over and over—potentially even locking you out of the house!

Your best bet to fix that problem? A simple rubber band. Hook one end over the inside knob, turn the knob so it’s in the “open” position, and then you twist the band in an “X” over the latch and hook the other end to the outside knob.

Rubber bands also come in super-handy for keeping small boxes closed or binding clothes hangers together by their hooks.

When you’re packing up your kitchen, you have to be extra careful with plates and glasses, so they don’t get broken en route to your new home. Sure, you could buy those foam squares that are meant to separate your plates and keep them safe, but that can be expensive.

Instead, buy a party pack of foam plates at your local grocery store. They cost just pennies, and they’ll protect your dishes better than foam squares or newspaper.

And when you get to your new place, you also will have something to eat off of while you’re unpacking.

Cindy Biskup
As a real estate professional with Keller Williams Southern Nevada, I bring knowledge of the City and the opportunities the community affords to both my real estate business and the Keller Williams office in Mesquite. Organization, attention to detail and excellent people skills are strengths that I bring to a client’s buying or selling experience.
Recent Posts

I would be happy to answer any questions. Contact me here. 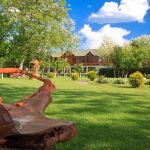 7 Things to Do Before Listing Your Home This SpringSelling 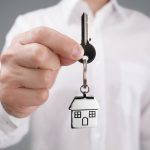 3 Things to Know in the Housing Market Today!Buying, Selling